A Website to showcase the amazing work of Sheila Markham, an articulate, prolific and very funny observer and chronicler of the folk who make up the antiquarian book trade.

I first designed Sheila Markham's website in around 1997 and in those days it was very rudimentary but had a rather fun navigation menu which revealed itself in the form of a tile puzzle. Twenty years on I was asked to redesign her site. In that time, of course, everything has changed. The main change being the invention of the mobile phone and the use of more or less any font.

Sheila's world is a very traditional one so I chose an italic font for the main body text and a traditional serif version for headings.

Sheila supplied me with a whole lot of rather poor black and white images and asked if there was anything I could do with them. I turned them into vector illustrations and tinted them which Sheila was delighted with.

Being a full CMS website, Sheila has complete control of what she puts into the site and what she chooses to promote. 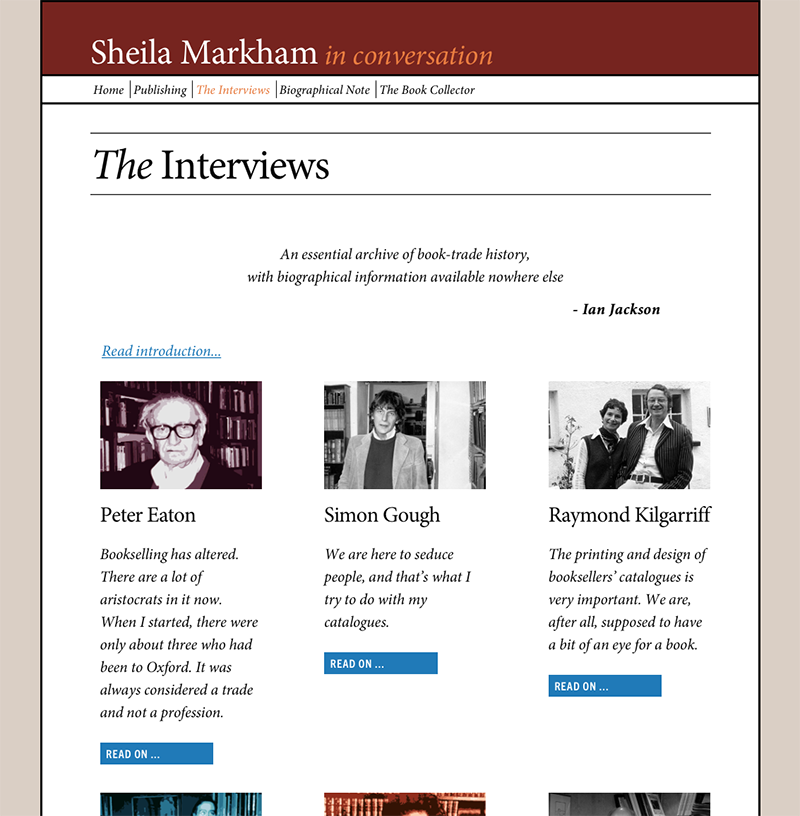